Projects of our Scholarship Holders

All of our scholarship holders commit themselves to a manageable amount of non-profit work when they accept our scholarship. Depending on their grade point average, we may even expect the implementation of their own non-profit project. But what does that mean?

To inspire future applicants, we present two projects of our scholarship holders in their own words

1. The theater project “Between the Chairs” by a Syrian drama student.he peace project of 2. Diana Torres, a Master of Law student from Colombia.

3. The “Enrique Schmidt Scholarship” of the economist Abraham Delgado from Nicaragua 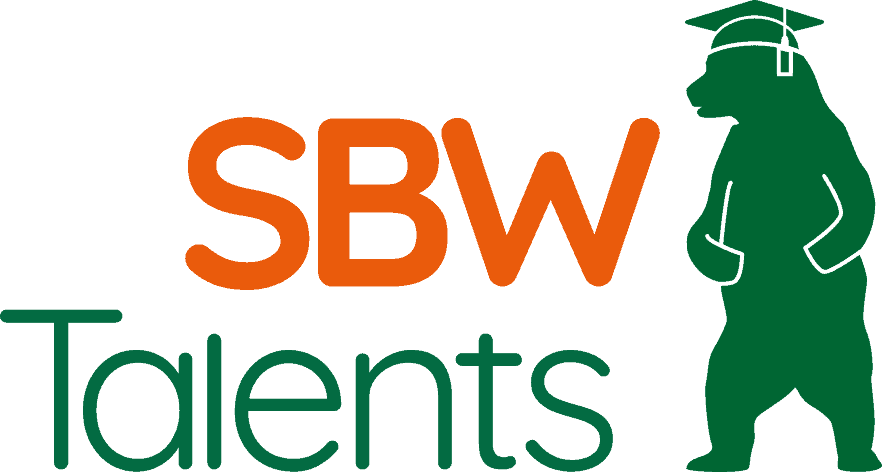 1. Theater project “Between the chairs

“Many SBW Berlin scholarship holders implement their own Social project during their studies. I decided to premiere the play “Zwischen den Stühlen” (Between the Chairs), which I had written, in Berlin. It is based on the novel “I Will Betray My Homeland | Delirium in Horror and Freedom” by Syrian writer Mohamad Almaghout.

“When I moved to Berlin in November 2019, I was full of hope that I would be able to stage my play here, even though I had hardly any relationships in Berlin – neither with theaters, sponsors, other migrants, nor the press. Of course, I also lacked the financial means to finance the production.”

The Syrian director, with whom I wanted to stage my play together, suddenly felt that we needed a dramaturge to revise my play, and both had fee ideas that were not financially feasible.

So in the spring of 2020, I was empty-handed: no budget, no director, no fellow actors, no stage.

Fortunately, my drama school stepped in: The school administration of the bsfs (berliner schule für schauspiel) agreed to integrate my play into the lessons as a school project and to stage it on the school’s own studio stage. This was a real breakthrough, because the school made many of its resources available for the production. Nevertheless, a funding gap remained, because I wanted a production that involved Germans as well as refugees and migrants living in Berlin. Since the rehearsals were part of the classes, a sponsor for their classes had to be found.

As a result, SBW Berlin decided to subsidize the project and take on some of the public relations work.

The direction of the play is now taken over by the director and bsfs lecturer Karin Mikityla – with the support of another bsfs lecturer. Under her direction, a professional performance is being developed.

The premiere (world premiere) is expected to take place on Friday, December 11, 2020 on the bsfs studio stage. Additional performances are planned there on December 12 and 13, 2020.”

An initiative for peace in Colombia (by Diana Torres)

“Colombia is a country that has been suffering from the effects of an interior war for more than 50 years. According to official Colombian institutions, the number of victims of this armed conflict in Colombia already amounts to 8,447,047.

A transitional judicial system was set up in Colombia in 2005 to negotiate solutions for the armed conflict.

This institution should not only punish those responsible for the paramilitary group AUC. Above all it’s intended to shed light on what happened during the armed conflict. Over 68 verdicts have already been issued. These verdicts and numerous testimony records contain important information about the causes and consequences of the paramilitary conflict in Colombia. Some of the records even contain videos about the reconciliation of victims and perpetrators.

Although this judicial truth-finding process is accessible for the public, the results of the investigation are hardly known within the Colombian population. This lack of knowledge means that large sections of the civilian population are not aware of the causes and consequences of the armed conflict in Colombia.

Therefore my goal is to create a website where Colombian and international readers can find out what really happened during the armed conflict.

For this purpose, the following information shall be gathered on the website:

With this nationally and internationally public website, I intend to facilitate the search for information about the armed Colombian conflict.

The website is intended to be a digital tool that can also be used for history lessons at Colombian schools and universities.

I am convinced that the civilian population needs to know what really happened during the armed conflict to achieve the goal of peace in my country. It is an important step to prevent that the war crimes and crimes against humanity that have shaken my country for decades continue. ”

„Back in 2014 two Nicaraguan friends who were living in Germany and I had the idea of sponsoring economically disadvantaged but motivated teenagers to pursue a university career in Nicaragua. The idea came up after realizing the existing need and after being aware that education was a key to overcome major obstacles. Following several conversations to shape the idea we decided to put our efforts into it. This was our way to return the favour for our good fortune and to contribute to the development of our country.

Initially it was difficult to raise funds without a legal representation. Therefore, during the first year some Nicaraguans living in Germany would organize fundraising events to sponsor the first candidates.

Eventually, a first collaboration with a German association in 2015 seemed to have solved the legal representation limitation problem, but there were some limitations to it since this organization would only collaborate with one municipality, where the first applicants came from.

Fortunately, in 2016 during an event in Göttingen that coincidently involved Nicaraguans living in Germany and Germans who had volunteered in Nicaragua, some of the members of the initial Enrique Schmidt project and some members from Puente Nica met and discovered the similarity of their initiatives.

Although at first glance a collaboration did not seem possible, after almost a year of constant communication a meeting was finally arranged in Berlin to determined ways to cooperate. During the first year the collaboration was challenging because there were different project mindsets between the two groups, but we were united by the joint idea of a better Nicaragua. A solid union was finally formed in 2017.

In 2014, I was the only Nicaraguan of the group that still lived in Nicaragua. Therefore, I was the sole representative of the initiative. My role was to visit the school in the municipality of La Paz Centro to present the scholarship to the teenagers that were about to graduate from high school. I was also in charge of receiving the applications and working out a summary of the applicants’ information in a spreadsheet to easily share information with the other Nicaraguans living in Germany. Finally, I was the main contact person for doubts and inquiries.

I engaged in that volunteer job until 2015 when I decided to focus my time into looking for scholarships for graduate school and unfortunately untied almost entirely from the Enrique Schmidt initiative. After a couple years of researching I found the Master’s program of my dreams, coincidently in Berlin and did not hesitate to apply for it. In 2018 the Hochschule fur Technik und Wirtschaft Berlin (University of Applied Sciences Berlin) accepted me. My program would start in April 2019 and I still needed to figure out how I was going to sustain myself since working aside would be challenging.

Conveniently in January 2019, I read about SBW Berlin and its scholarship program. After applying and successfully gaining the scholarship, I presented the Enrique Schmidt initiative as part of my scholarship project proposal. As such, I have been in charge of the expansion of the Enrique Schmidt Scholarship through improving the application process. As an official member of Puente Nica, I am also in charge of the communication with the current scholarship holders, recording their financial situation, and I am part of the committee that selects future scholarship holders. The work performed gave place to an official long-term partnership between Puente Nica and SBW Berlin who will fund two Enrique Schmidt Scholarships.“

Initiate your own Project!

You have an interesting project idea, but not the possibilities to realise it?